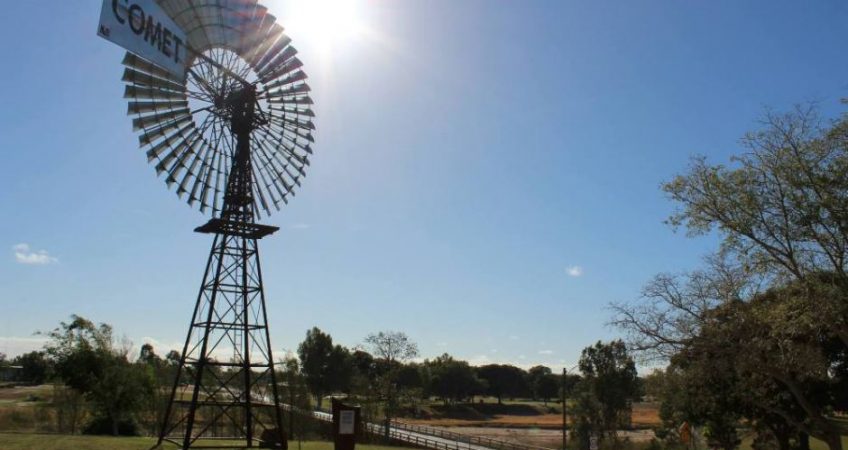 One of the largest wind wheel sizes produced in Australia was for the 35ft [10. 7 metre] Comet ‘B’ Pattern windmill.

These were made by ‘Sidney Williams & Co’. Only fifteen of them seem to have been produced. The first six were made in Rockhampton, Queensland from 1915 to 1922, and the others were made in Sydney from 1924 to 1943.There is a rumour that one 40 foot [12. 2 metre] version was made, and went to the Northern Territory. As yet there is no substantiation for this.

Below is a table of the original locations of this model, the serial number of the particular windmill, the supply date and a note on their fate where known. The specific locations of privately purchased windmills has been restricted to noting the nearest centre. The windmills were installed over water points ranging in depth from 1 O’ to 500′ and erected on a mix of 40′ 45′ and 50′ towers. [Parts of No’s 105 & 113 were used for the windmill erected at the ‘Slockmans’ Hall of Fame’ at Longreach, QLD.]

Research on what was probably the largest commercially manufactured windmill in Australia is currently under way and an article will be forthcoming. 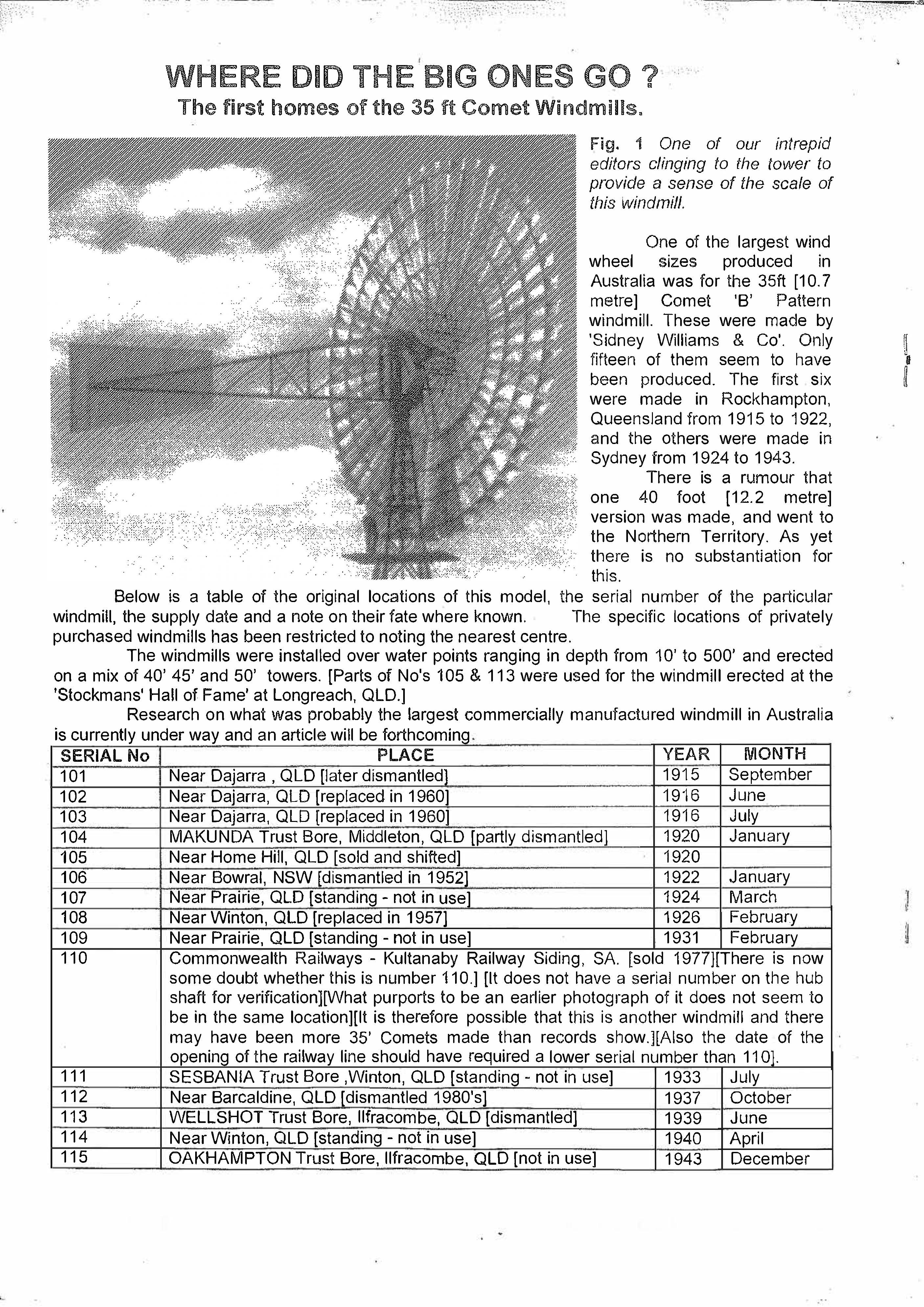