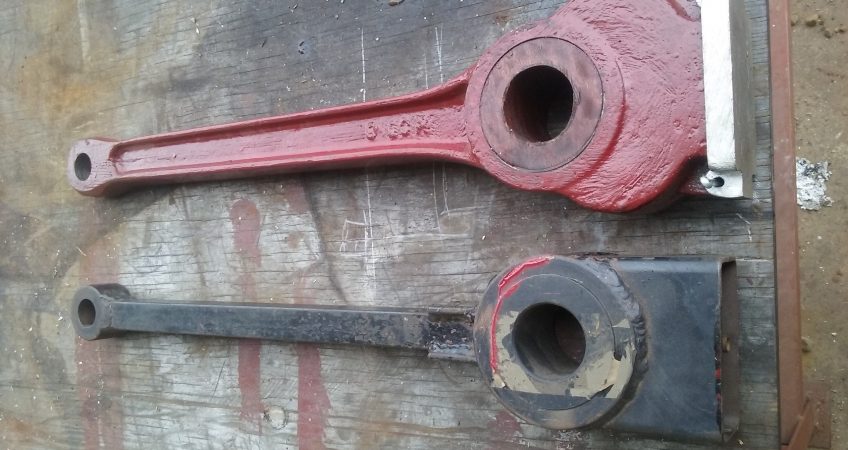 It has come to our attention that a customer recently purchased (actually paid for the parts over 3 months ago) some non-genuine Comet Windmill 14FT replacement parts from an online website located in Bathurst. He received the parts after a 3 month wait only to find that the parts could not be fitted. The only way he described that they could have been fitted was with a sledge hammer and he was then fearful of how he would ever get them out if needed to be replaced.

Also take a look at the non-genuine part that has failed and worn significantly where it connects to the crosshead. Again this part was approximately 0.75KG lighter than the genuine Comet 8FT/10FT connecting rod.

In approximately 2 weeks Comet will have all genuine cast parts available for immediate delivery  in our Major and Minor Overhaul kits for 8FT, 10FT, 12FT and 14FT mills along with the majority of all other parts including wheel assemblies.

We strongly advise that you contact us directly to discuss your parts and maintenance needs leading into our spring/summer seasons.